When I hear music, it seems to me that all the sins of my life pass slowly by me with veiled faces, lay their hands on my head, and say softly, “My child.”
(Sidney Lanier, poet and musician) 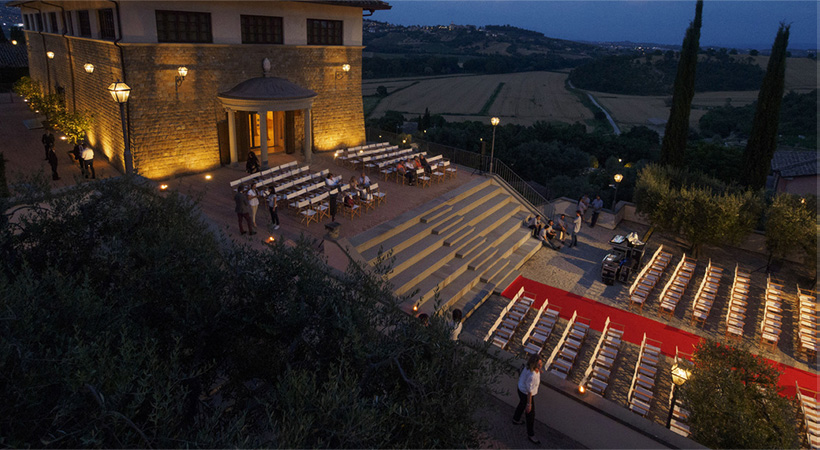 It really seems as if the muses have chosen Solomeo as their home, almost like a small second Periclean Athens.

The Theatre, Academy, and Amphitheatre, like the buildings standing on the Acropolis, are sacred places of the arts protected by the muses. The Villa Solomei Festival is one of its most beautiful music events.

Today the Festival plays a major role in the popularization of classical music of the highest level.

The aim of the Villa Solomei Festival is totally consistent with Brunello Cucinelli’s humanistic ideals. With its success increasing year by year, it clearly demonstrates the benefits of popularizing art forms capable of fostering sensitivity to beauty above and beyond the boundaries of strict tradition. One of its intents is to be able to bring back the musical milieu of the 19th century, when the most passionate opera fans were the common people; in fact it was they who, from their seats in the theatres’ “peanut galleries”, decided the success or failure of a production, probably with a greater sincerity than that of the critics and with an expertise no less refined.

The “Villa Solomei Festival” is dedicated to the memory of Father Alberto Seri, the revered parish priest of Solomeo and founder of the “Coro Canticum Novum”, who passed away on 24th August 1997.

THE BRUNELLO AND FEDERICA CUCINELLI FOUNDATION 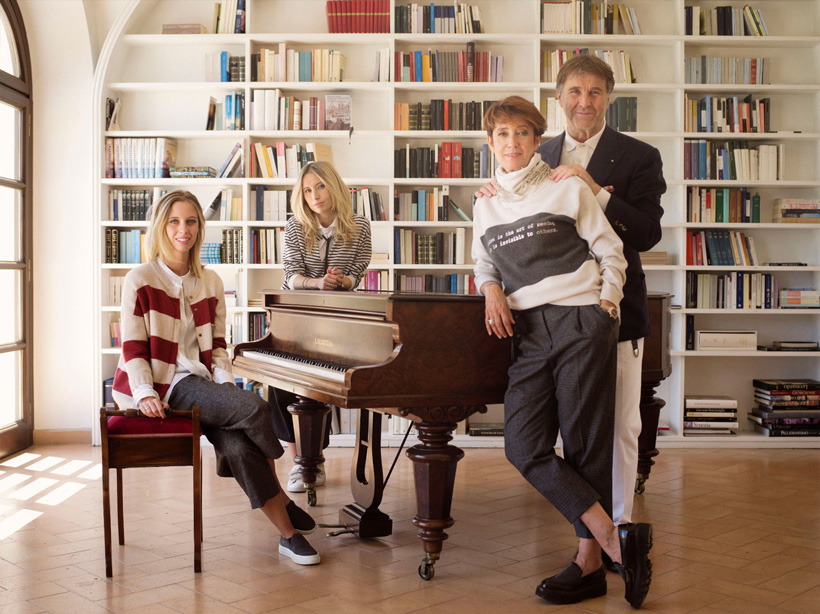 The newly established Brunello and Federica Cucinelli Foundation intends to undertake practical action in order to promote and foster the aims and ideals which, over the years, have developed and driven the humanist dream originating in Solomeo.

By recognising the value of the links between a person’s birthplace, life and activities, the Brunello and Federica Cucinelli Foundation intends to act directly to strengthen human values, i.e. human relationships and the various activities which are part of our society.

We support any methods which translate this desire into action, welcoming and promoting them enthusiastically. Thanks to our experience, we have developed a conviction that all human activities are forms of culture which deserve to be recognised. Thus, art- in all its various manifestations including figurative, conceptual, musical, theatrical and so on- is one of the main focusses of the Brunello and Federica Cucinelli Foundation. In equal measure, we would like to foster the study of and quest for a modern form of humanism rooted in craftsmanship, which restores spiritual values by promoting the authenticity of daily activities including work, family and leisure.

Sport is another, and no less important, major interest for the Brunello and Federica Cucinelli Foundation: in fact, we consider it to be one of the keystones of society. The intention of the Foundation is not to reinvent the sporting world, but to promote and endorse amateur sports as an alternative to competitive sports.

We believe that all contribution made by men and women to these ideals are enriching additions which perfectly reflect the cultural identity of the Brunello and Federica Cucinelli Foundation. From its beginnings, the Foundation intends to act humbly and coherently, in the hope that over the course of time we can become a worthy actor in the advancement of Umbrian and Italian culture at global level, and diligently further our national traditions.